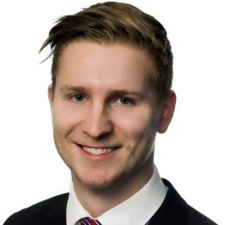 Today, we're speaking to Avrlon's David Gattig, who took the second place prize in the XR Indie Pitch at XR Connects Helsinki this year with their game, Elemental Combat.

David Gattig: I am David, CEO and Co-Founder of Avrlon VR Studio. I used to work in the mobile gaming industry as a Product Manager until my colleague and future co-founder Marcelo and I tried Virtual Reality in a little office of a small VR Studio in Hamburg more than a year ago. Our eyes gleamed after we took the VR glasses off our heads, our minds racing, thinking of all the possibilities this new technology will bring in the future.

We decided to hand in our resignation shortly after to become part of this movement and set up shop in the living room of Marcelo's apartment in Berlin. Our third co-founder Thiago joined us then, who has a PhD in Astrophysics and can solve every development problem you throw at him. Our vision was to change the world with Virtual Reality and create truly amazing experiences as none of us doubts that VR will be big in the future.

As our background was in the gaming industry and gaming is the biggest market in VR at the moment, we decided to work on a VR game as our first VR project. We played a lot of VR games and realised that the majority of VR games are not utilizing the incredible freedom VR provides and were just copying existing game titles with a VR view on them.

We brainstormed for days and on a cool but sunny autumn day in a little park in Berlin, we arrived at our first consensus. We agreed that we wanted to create a game that is unique for VR, that is competitive and that fulfills a childhood fantasy of ours of being as powerful as our heroes on TV we used to adore as kids. At that very moment, the idea for Elemental Combat was born.

Elemental Combat is a fast-paced, competitive Virtual Reality game that blends the speed and intensity of an FPS with martial arts and RPG elements. Players use their hands to let fire fall from the sky or raise mighty walls of earth in VR. They can customise their avatar and take the fight online.

It’s almost 6:00 PM now and the sun is setting fast. We take a breather as the evening commuters rush by us, trickling through the Berlin streets. Eight hours. We’ve spent eight hours doing this. In front of us, resting by the curbside, is a single desk. A ten Euro desk. Our first day of work at AVRLON and we spent it carrying this desk back to a makeshift office in our COO’s living room. When we finally lugged it all the way back and carried it up the stairs, we realised something.

This is the one of the shittier parts of running a startup – the less-glamorous parts that companies like Facebook and Uber like to pretend don’t exist. The part where you have to eat three balanced meals of Cup Noodle a day. Where you have to pour all your savings into high-end computer rigs and VR devkits. And then, if you’re lucky, a desk.

At some point, you have to decide whether you’re cut out for the start-up life or not. You have to objectively weigh the risks and rewards. For us, that moment was so far in the rearview mirror by the time we dragged that desk back across the city. We were the kids who waited for their letters from Hogwarts, who held weekly D&D game nights, who stayed up into the early hours of morning discussing which House they would belong to long before HBO put out the first season of GoT. For us, creating Elemental Combat was never a choice.

In November 2016, the first prototype of Elemental Combat was done. The videos of the prototype went viral multiple times with the amazing help of the 9gag, Imgur and Reddit communities. The website crashed twice because of the high viral traffic from those platforms. Encouraged from the resounding feedback, we presented Elemental Combat on several high profile gaming conferences like ARVR Innovate and Quo Vadis to gather direct player feedback.

It’s exciting, terrifying, and a little confusing to see how far we’ve come today. We’re only a week or so away from releasing the Early Access build. In the space of a year, we’ve expanded our team to eight people and moved out of a living room and into a proper office. Our content has gotten to the front page of 9Gag, Reddit, and Imgur, and we’ve got a fanbase of thousands.

More than anything, all of us at AVRLON are humbled. We sacrificed a lot on the way, but we didn’t get here alone. And yes, we still have the desk.

It was by far the most personal, constructive and comfortable Indie Pitch I have ever been to. We gained a lot of valuable feedback from industry veterans. It was a really nice touch that we received additional and more in-depth feedback comments after the event was over.

Since we are bootstrapping our VR studio, I flew alone to Helsinki to pitch our game. On the day of the VR Indie Pitch my hands were sweaty and I had rehearsed our pitch for hours in my head. When the VR Indie Pitch started I quickly relaxed as I enjoyed the personal interaction with the judges who asked pointed questions and obviously had fun playing the game. It was by far the most personal, constructive and comfortable Indie Pitch I have ever been to.

Besides making second place in the XR Pitch and being the best VR game, having the giant pressure released from my and my whole team's chest, we gained a lot of valuable feedback from industry veterans. It was a really nice touch that we received additional and more in-depth feedback comments after the event was over. It helped us in focusing our efforts in the weeks leading up to the Early Access release.

Our hope for Elemental Combat is to become the leading VR competitive fighting game. We hope to share the incredible experience of shooting fire balls from your fists and raising massive earth barriers from the ground like our childhood heroes did. We are releasing the game in November and the current Alpha testing phase is going extraordinarily well. Our average playtime is 36 minutes, which exceeds current top titles in this category by far. We have a constantly growing and incredibly passionate community and it is a pleasure to work together with them on this project. We do not have any concrete plans for future projects as for now, we are solely focusing all of our energy and attention on Elemental Combat.