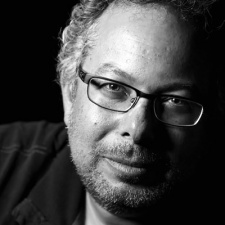 Magic Leap has seen some interesting press coverage this past week, with The Verge labelling Magic Leap’s tech as, “Way behind, like we always suspected it was.” Magic Leap CEO Rony Abovitz took to Twitter to respond: “To a few of the grumpy mouse tech blogger writers: you too will get to play the real thing when we ship”, said Abovitz. “And you will also get ice-cream.”

In another follow up to recent press, Abovitz offered an end-of-year update blog, outlining the company’s status of work:

• “We have completed our first PEQ (Product Equivalent) build of our target for factor, in our new facility.
• We are about to start a much bigger PEQ run, which will exercise our supply chain and manufacturing/quality operations.
• The units we are building now are for engineering and manufacturing verification/validation testing, early reliability/quality testing, production line speed, and a bunch of other important parameters.
• There is also a lot more going in our development of software, applications, cool creative experiences and overall operational readiness.”

Whilst it’s brief, the blog post indicated that Magic Leap is beginning to ready itself for production of a final product.

Another criticism from The Verge on Magic Leap’s hardware design called it, “A bulky helmet... The kind of thing Luke Skywalker would wear to practice his lightsabre skills.” Now, we wouldn’t mind a Star Wars headset here at TheVirtualReport.biz, but Magic Leap has insisted that those ‘bulky’ designs are not representative of the final product’s look. Abovitz himself made a joke about the early Magic Leap test rigs, asserting that the actual product will be, “Small, sleek, cool.” After all, Magic Leap’s goal is to get people using their devices out in the real world, meaning they must get the aesthetics just right.

Imagine our interest then, when we saw that Magic Leap has applied for a new design with the United States Patent Office, showing a greatly reduced form factor that bears little resemblance to the previous ‘helmet’ design.

To make things that much more clear, Abovitz had a few more “bits” he wanted to put across via Twitter: