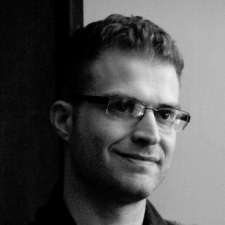 Virtual Reality may be here at last, but it’s still new. In fact, it’s so new to the high street consumer that the wrapper is barely off the packaging and the plastic has yet to be smeared by a thousand sweaty fingerprints as they surface elated from experiences that no other medium can offer. We spoke with George Kelion, Communications Manager at nDreams to find out how that affects the studio’s thinking behind creating games for VR.

“We’re in the PS One era of VR. We need a thinking that goes back to the early days of videogames where we’re trying to make experiences that are complete in and of themselves, rather than trying to be everything to everyone. The thinking in VR now is comparable to where [gaming] was in the late 80s and early 90s. People are still trying to figure out delivering game mechanics in a fun and engaging way and focusing on that rather than delivering an ‘everything’ game.”

That sounds like the perfect environment for an independent developer and publisher like nDreams. “As an indie developer, it behoves you to have very short development cycles. You have to get what you’ve got out there quickly so you can pay the bills to keep the lights on, otherwise people start losing their jobs.”

But thanks to a recent investment of $3m, that isn’t something the Hampshire studio needs to worry about; they now have a high end VR unit, a mobile VR unit and an incubation unit that are, “Probably some of the happiest people working in VR right now!”

That investment has allowed nDreams to recruit a string of new talent from the likes of Rocksteady Studios, Sony’s London Studio and Rockstar Games. What does Kelion think was key in attracting such a sizable sum? “We had a first mover advantage because we pivoted to VR very early and we’ve got really strong relationships with all the first parties; Sony, Google, Valve and Oculus which helped enormously.” He also cites Danger Goat - their launch title for Daydream – and their activity as a third party publisher as helping to, “Demonstrate that we had a commitment to long-term success in a way that made sense strategically. We weren’t just doubling down and trying to mine the one particular shaft, which would have meant that if we had a failure we were going to be non-viable.”

VR will provide the shot in the arm that the videogames industry needs.

With titles on all the VR platforms, a growing track record and financial stability, nDreams is living the dream in VR business right now. “It’s a good place to be - not so much a gold rush as a pre-Cambrian explosion! Any piece of technology that opens up new opportunities that weren’t previously available is a designer’s dream. VR’s going to lead to some new genres as soon as people get their heads around what the technology can do.

“There’s lots of innovation and that’s so much more crucial for videogames than any other entertainment medium. There’s an appetite for creativity, novelty and innovation amongst gamers in a way there isn’t amongst music fans or moviegoers. VR will provide the shot in the arm that the videogames industry needs.”

The VR industry as a whole has yet to establish pricing conventions for experiences that are much shorter than traditional videogames. Does Kelion think we’ll continue to see gamers paying for software in advance, or will there be a shift to generating revenue through microtransactions? “As a gamer, I prefer upfront costs. I think people would prefer to put down some money for a substantial chunk of content with the knowledge that it’s not a complete product and that something’s coming along the way, rather than pay no money for paper-thin content with rinse-repeat mechanics.

“A smart way to deliver a VR game today is with a certain amount of content at launch and let the community know that what they’re buying today isn’t the full experience; you give them a roadmap of what’s coming down the pipe. That content can be substantial and then you have the opportunity to price it accordingly, or it can be free.”

But aren’t consumers cynical about potentially empty promises of deferred gratification from unscrupulous publishers? Kelion’s keen on the concept of positive trust equity and cites Bethesda, Io and CCP as good examples of this kind of games publishing. “If you say you’re going to do something and you don’t fulfil your promises, then you’re going to get torn to shreds. But if you deliver, then it’s possibly the best thing you can do; then you have credibility.”

While Kelion doesn’t rule out the free-to-play mechanic - as long as that doesn’t mean pay-to-win - he believes that, “Your minimum viable product should be something that you’re happy charging for.”

But even then, charging upfront isn’t straightforward. When nDreams released The Assembly on Steam, they set two price points; one for a flatscreen experience and another for VR. “We wanted to give a discount to people that weren’t playing in VR because we didn’t feel the experience they were getting was the full package; the game had been designed all the way up for VR, hence the difference in price.

The community wasn’t happy about this decision though, with accusations of profiteering from VR consumers who are hungry for content. “What we thought was a discount, the community saw as a premium for VR. They saw this could be the beginning of a slippery slope where people make a 2D game, stick VorpX in there and charge a premium for the VR version. I can understand why that would be incredibly egregious.”

But that wasn’t the case here, so where did the problems come from? “People want VR experiences that were designed from the ground up for VR and having the 2D mode in there made that a slightly difficult message to get across that this had been designed for VR. You could accuse us of being naive. I understand where they’re coming from, which is why we’ve listened to them and it’s affected our thinking moving forwards.” Would they consider offering a lower cost 2D experience again? “Probably not.”

Room At The Table

There are two types of people; people who are naysayers towards VR and those who have tried VR.

We’ve noticed that VR studios talk to one another and seem happy to share a metaphorical meal around the same table, where traditional videogames companies are far more insular and just like to sit with a burger in their own booth. It’s refreshing, but what does Kelion put this down to? “The love for VR is genuine; we want this medium to succeed because we all believe in it. If we all share ideas and knowledge and solve the most immediate problems together, then we’ll all end up with better products that will help the medium to move units and help us all to flourish. One bad review of one bad game while VR is still so early on and that could be a problem for VR in general. This is why all devs want other devs to do well.

“There’s so much optimism in VR. Maybe we’re wrong about this, but if you ask a VR dev, they’ll tell you there are two types of people; people who are naysayers towards VR and those who have tried VR. We demo all the time and you’re confronted with a lot of people saying, ‘It’s the future!’ It’s really joyous giving somebody their first VR experience.”

George Kelion has been the Communications Manager at nDreams since February 2015. Fondly remembering playing the Virtuality games of the early ‘90s in London’s Trocadero, George could not resist the lure of virtual reality games development and can now be found at nDreams, where he evangelizes the amazing merits and astonishing possibilities of VR gaming given even a fraction of a chance. George joined the videogames industry in 2003 as a tester at Feral Interactive, before taking on the role of press and fan liaison. Since then, he has worked at publishers and developers such as Rare Ltd. (Viva Piñata: Trouble in Paradise and Banjo-Kazooie: Nuts & Bolts), Warner Bros. Interactive Entertainment (Batman: Arkham City, Mortal Kombat and Bastion), Square Enix Studios (Sleeping Dogs and Nosgoth) and 22cans in various different communications and community management roles. In his spare time, George can usually be found with his head in a comic book, at a punk rock gig or dreaming up adventurous destinations to go and visit.

The Assembly is available for Rift, Vive and PS VR now.

Danger Goat is a launch title for Daydream on 10th November.