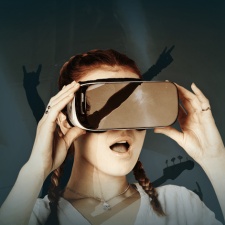 MelodyVR has entered into a global partnership with Microsoft to collaborate on Windows Mixed Reality apps across all WMR devices. Under the agreement, Microsoft will provide funding and technical expertise, as well as promote the app via Windows.com and retail demos.

MelodyVR is a subsidiary of EVR Holdings, whose CEO Anthony Matchett said, “We view this agreement as providing recognition and validation from one of the world’s largest companies, of the quality and opportunity that MelodyVR represents for music fans, VR users and our shareholders alike.

“The VR/AR device market continues to develop at an exponential rate and with Microsoft entering the marketplace alongside other global technology companies such as Apple, Facebook, Google, HTC, Samsung and Sony, we remain extremely confident in the mainstream adoption of virtual reality technology as well as in the long-term success of our hardware-agnostic virtual reality music platform and original content strategy.”