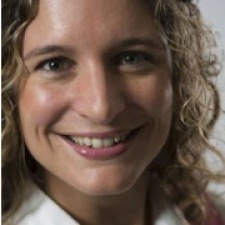 “We are on a mission to empower every person and organization on the planet to achieve more,” wrote Bardeen in a follow-up blog. “Mixed reality has the potential to help customers and businesses across the globe do things that until now, have never been possible. Mixed reality experiences will help businesses and their employees complete crucial tasks faster, safer, more efficiently, and create new ways to connect to customers and partners.”

Bardeen believes that what she calls ‘the digital revolution’ has the potential to change the way we work every bit as much as the agricultural and industrial revolutions of the past. She said that, “The era of mixed reality will serve as a catalyst for innovations in the workplace and we expect Firstline Workers and Information Workers to benefit significantly from solutions that blend our physical and digital reality”.

She describes those firstline workers as, “The first points of contact between a company and the world it serves”, going on to add that, “Mixed reality is poised to help them work together, problem solve, and communicate in more immersive ways”.

Mixed Reality will enable collaboration and remote work both synchronously and asynchronously for information workers, enabling them to interact more naturally with the digital world. Bardeen said that, “With mixed reality workers can change the content, the people, or even the location of a meeting, in a matter of seconds. Mixed reality delivers interfaces that help workers act upon data generated from instrumented/intelligence devices, and connect seamlessly with others across physical space”.

Since its 2016 launch, HoloLens has been available in 10 territories and is already being used by companies such as Ford, thyssenkrupp, and Stryker. Bardeen announced that the hardware is now coming to a further 29 markets, with the product available across Europe from 1st December.