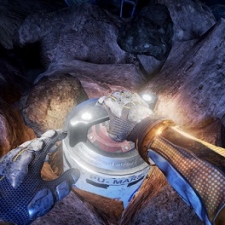 The Fox Innovation Lab at Twentieth Century Fox has partnered with Felix & Paul Studios to develop, direct and produce VR experiences for Fox properties. The two companies hope to bring VR entertainment to the mainstream, after working together on a proof-of-concept VR experience for the film Wild. The first productions from the partnership will be announced early next year.

Mike Dunn, President at Twentieth Century Fox Home Entertainment and Fox innovation Lab said, “Felix & Paul Studios is a visionary studio that represents the highest calibre of immersive and engaging experiences, and their vision for bringing virtual reality to mainstream audiences makes them a perfect partner to help realise the possibilities for the future of consumer entertainment, from both a creative and technical perspective.”

Felix & Paul are a veteran force in cinematic VR, utilising 360 video camera systems to produce content for highly popular franchises like Jurassic World and Cirque du Soleil, as well as for world-renowned personalities and leaders such as President Barack Obama and NBA player LeBron James. And, whilst Fox Innovation Lab has been creating VR experiences, most notably The Martian VR Experience, a partnership with expert company Felix & Paul could be the real breakthrough for high-end cinematic VR in the mainstream.