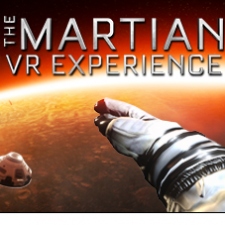 The Martian VR Experience is now available on steam for HTC Vive and Oculus Rift, as well as on the PlayStation Store for PSVR. The experience was created by Fox Innovation Lab in partnership with RSA Films and The Virtual Reality Company; users will take on the role of astronaut Mark Watney, played in the movie by  Matt Damon.

Users will control machinery, navigate intense sandstorms, drive the Mars Rover and - best of all - sort the big potatoes from the small potatoes just like Matt Damon. While the experience may not be as deep and long-lasting as some Steam reviewers would have liked, it still gives fans of the novel and film a chance to see Mars from the Watney’s perspective, bringing them closer than ever to the character.

Last year, Fox Innovation Labs created its first VR experience, Wild - The Experience, built for GearVR. The 360 video took viewers on a short journey with Cheryl Strayed, played by Reese Witherspoon. Building on last November’s ‘taster’ on Samsung Gear VR, today’s release of The Martian VR Experience is a definite step up and it seems that the company is aiming to continue its endeavour into VR.

While commenting on The Martian VR Experience, Mike Dunn, Fox Innovation Lab President said, “Our intention from the moment we developed our business plan was to be in the commercial VR business.”

Today’s release is another indicator of Hollywood’s interest in VR technology and we look forward to exploring where the major film studios take us in the future.

You can read more about the future of VR video in our feature, Letting Go Of The Frame.

Check out the trailer for The Martian VR Experience: