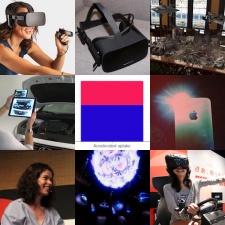 A gloomy summary of Oculus’ journey to competing on price.

Bloomberg reasons that Apple can pair AR software with existing user base to make up lost ground.

An interview with The Future Group’s VP on mixing TV and MR.

Ars Technica on Oculus’ Pacific HMD as targeting the middle ground between Gear VR and Rift.

Forbes blames an over-adherence to skeuomorphic design for VR’s slow take up.

A look at the New Zealand studio behind the Apple WWDC AR demo.

Week That Was: 15th December

Week That Was: 8th December

Week That Was: 1st December