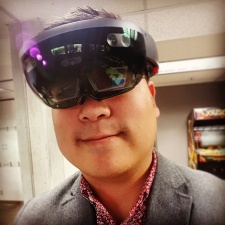 Tipatat Chennavasin, General Partner at The Venture Reality Fund is one of 50 world-class speakers appearing at VR Connects San Francisco 2017 on the 27th and 28th June. To hear him speak in person, book your ticket now!

A: I invest in early stage VR and AR startups. I am also a mentor to VR/AR incubator programs and evangelise VR/AR all around the world. I also make art in VR as a hobby.

A: The unlimited possibilities that VR, AR, and MR create - not just for start-ups, but all people around the world.

A: The growth has been incredible. I created VR and AR industry landscapes to show what is being worked on and by who and the landscapes are growing so quicky it's hard to keep up. There are now so many companies, I might have to make it in VR to showcase them all.

A: There will be even bigger and more impressive games hitting the major VR platforms, but the biggest trend for VR gaming will be the Location Based Entertainment, aka VR arcades, theme parks and cafes all around the world. Also very important is Microsoft and their partners HP, Lenovo, Acer, and Asus pushing VR into enterprise in a big way. And with Apple and Facebook making their AR SDKs available, we are going to see an explosion of AR on existing devices. Hopefully we will also see more MR HMDs in the hands of developers, as well pushing high-end MR.

A: Meeting start-ups and learning what new and amazing ways people are changing the world with this awesome technology.

Don’t miss your chance to hear Chennavasin discuss the current state of VR and AR investing at VR Connects San Francisco. His session is at 11:35 on the 28th June 2017. Book your ticket now!

Tipatat Chennavasin is a General Partner of the Venture Reality Fund investing in early stage VR and AR companies. He has experience creating VR/AR content and became convinced of the power of VR when he accidentally cured himself of his real life fear of heights while developing in VR. He has established himself as a VR/AR industry spokesperson and thought leader and has contributed to many publications and presented at various industry events worldwide. He is an advisor for many VR companies, as well as a mentor for VR incubators and accelerators around the world. The VR Fund has looked at over 2,000 startups in the space and invested in 18.