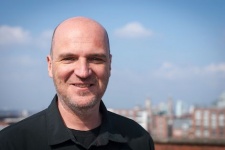 Clemens Wangerin, Managing Director at vTime is one of 50 world-class speakers appearing at VR Connects San Francisco 2017 http://www.vr-connects.com/sanfrancisco/ on the 27th and 28th June. To hear him speak in person, book your ticket now!

A: My role is to lead the business on a day-to-day basis and work closely with our founder Martin, our product development and marketing teams and the rest of the board on delivering the leading virtual communications platform for the experience age. The vTime app is the most tangible result of that and has been met with universal acclaim by our industry peers, partners and most importantly, our users.

A: That they all offer unique opportunities to create completely new ways to do existing things. In our case that’s voice and communication and exploring all the things you can do when you are engaged with someone in vTime. We are also looking forward to making more use of various types of sensors that are slowly making their way to the market. Things like facial and eye tracking in HMDs. At some point in the future, we believe there’ll be one type of HMD that can do it all, driven by a personal device equivalent to today’s mobile devices, and users can seamlessly shift between all these different mediums and choose whichever is the most appropriate option for them.

A: As expected really. We’ve seen an increase in awareness as far as VR is concerned, but we’re also regularly reminded of how few people have really tried it, or tried it more than once, when you think of the consumer market overall. We think the way it’s grown has been in line with that; driven by paid experiences and gaming pre-dominantly, some bold and imaginative experiments, organic growth and some marketing dollars from brands coming in to leverage VR in experiential campaigns.

A: We think mobile VR will continue to capture the biggest share of the market, and will remain the first touch-point with Virtual Reality for many, many people. Forthcoming hardware and technology from companies like Microsoft, Intel, Google and Qualcomm will potentially re-shape the market as we know it in terms of audience spread.

A: Meeting new people and catching up with old friends, hearing what other speakers are talking about, doing some business and hopefully seeing some cool software along the way.

Don’t miss your chance to hear Wangerin discuss the impact of user behavior on Social VR at VR Connects San Francisco. His session is at 14:25 on the 28th June 2017. Book your ticket now!

I joined the games industry in 1993 and started working for a company called Psygnosis not long thereafter. At the time, Psygnosis was renowned for making incredible-looking Amiga and Atari ST home computer games, with amazing box artworks drawn by Roger Dean, and Lemmings (developed by DMA, which later went on to create GTA of course). They’d also just been bought by Sony in preparation for the introduction of the original PlayStation to the European market. In total I spent 15 incredible years with Psygnosis/Sony PlayStation, 7 years of which I was Director of Sony’s Studio Liverpool (the original Psygnosis development studio). During my time there, the studio developed Wipeout Fusion (PS2), Wipeout Pure (PSP), Wipeout Pulse (PSP) and Wipeout HD / Fury (PS3) as well as a Formula One game every year, for which Sony had the exclusive license. I left in 2009 to take everything I’d learned in the industry up to that point and embark on a new journey, which ultimately took me to vTime.