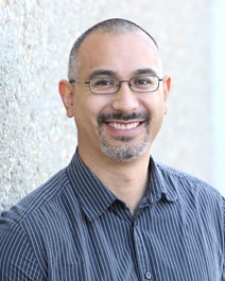 Aruna Inversin, Creative Director + VFX Supervisor of VR/AR at Digital Domain is one of 50 world-class speakers appearing at VR Connects San Francisco 2017 on the 27th and 28th June. To hear him speak in person, book your ticket now!

A: The ability to escape from reality is exciting, but the ability to augment our real world will have the most impact.

A: The aggressive growth we have seen will continue as we mature this industry. I think the general public still has an infatuation with the technology, but has not come to terms with the physical limitations of the systems currently in place. It will be up to us to deliver compelling content in VR that makes the consumer say ‘Wow!’ the first time they see it.

A: The next 12 months will see in increase in 360 video creation, coming from both professional and amateur filmmakers. What I call ‘positional narrative’, will start to become a valid way to consume cinematic content. The stand-alone 6DoF headsets coming out this year will have a profound impact on the way VR/AR is consumed by the general public.

A: The opportunity to network with peers about the amazing journey we are taking into VR!

Don’t miss your chance to hear Inversin reveal the story behind Digital Domain’s work with the NBA as he showcases how the team used various filmmaking techniques, including set reconstruction, stereoscopic movie atlas and proprietary VR camera systems to create a truly immersive 360° digital universe and bring the viewers closer to the action both on and off the court. Inversin will be speaking at VR Connects San Francisco. at 12:30 on the 28th June 2017. Book your ticket now!

Aruna Inversin has been with Digital Domain for over a decade and has been working in the visual effects industry for more than 20 years. Working around the world starting in Northern California, British Columbia and Australia, he is currently based in Los Angeles. His experience and expertise has contributed to his many accolades, including two Emmy nominations and a Visual Effects Society nomination for the first Virtual Reality Advertisement, The Neymar Jr. Experience for Nike, where viewers can score a goal as Neymar Jr. in a first-person, virtual world.

Most recently, Inversin has been supervising cinematic storytelling experiences through Virtual Reality on multiple platforms. Using his extensive skillset and years of experience in the visual effects world, he is able to venture out into the evolving world of Virtual Reality. He has designed and manufactured bespoke VR camera rigs which enable him and his team to create and capture the best 360 video for every project. Recent projects include VR experiences based on popular Syfy series, including Welcome to the Quiet Room for Incorporated and multiple projects based on The Expanse; Bjork’s Stonemilker VR experience, which debuted at MoMA in NY; and high-end international VR music videos for artist Chris Li. Currently, he is developing interactive experiences for the Google Daydream platform using VR stereoscopic video.