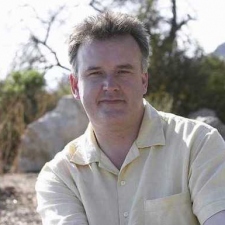 Neil Trevett, President at The Khronos Group is one of 50 world-class speakers appearing at VR Connects San Francisco 2017 on the 27th and 28th June. To hear him speak in person, book your ticket now!

A: Khronos develops a variety of acceleration APIs that enables developers to access the power of accelerator silicon on a wide variety of platforms - from the desktop to embedded and safety critical devices. The Khronos Board and all of its Working Groups are made up of Khronos members: universities and companies large and small from across the industry ecosystem. These members work together to define, document, maintain, and promote innovative APIs, file formats, and other open standards used throughout a cross section of industries.

A: The VR/AR market is poised for massive growth, but in order for it to take off and get mass market adoption, we need to establish standards to make it easier to port content across the various hardware. We are excited for both the use-case opportunities and growth opportunities for Khronos and its members.

A: Khronos has recognised the rapid growth in the VR and AR industry; the opportunities that are beginning to open. Because of this, we’ve begun the process for designing an open standard for portable Virtual Reality and Augmented Reality apps and devices. The standard is called OpenXR, supported by a working group of VR industry leaders working together to combat industry fragmentation in these markets, and we’re pleased to see the support from manufacturers for the new API. By reducing fragmentation we can help break VR out of the early adopter phase – and into the mainstream.

A: New applications and ways to use VR, and AR too, will continue growing. We’re seeing them being used primarily for entertainment in this early phase, but as it develops and we can support more content across platforms, there will become new, more practically functional ways to use the technology. This could be for healthcare training, design and other kinds of testing, which can help develop other industries’ practices in the future. Seeing how this technology can advance other fields will be particularly interesting.

A: At VR Connects, it will be great to make connections with others in the industry and to gauge their feedback on whether the open standards we are creating are indeed meeting the needs of the industry. At Khronos, we take industry feedback seriously when creating open APIs and the industry experts attending will have great insights.

Don’t miss your chance to hear Trevett discuss what it would take for VR to go mainstream and how open standards are combating industry fragmentation at VR Connects San Francisco. His session is at 15:45 on the 28th June 2017. Book your ticket now!

Neil is VP Developer Ecosystem at NVIDIA, where he helps to drive and develop the developer ecosystem that enables applications to take advantage of advanced GPU and silicon acceleration. Neil is also the elected President of the Khronos Group, where he initiated the OpenGL ES standard now used by billions worldwide every day, helped catalyse the WebGL project to bring interactive 3D graphics to the Web, chairs the OpenCL working group defining the open standard for heterogeneous parallel computation, and helped establish and launch the new-generation Vulkan and OpenXR APIs.