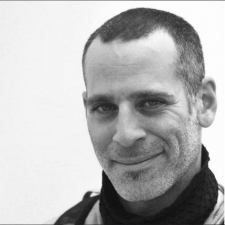 Daniel Burwen, Creative Director at Robot Sea Monster Games is one of 50 world-class speakers appearing at VR Connects San Francisco 2017 http://www.vr-connects.com/sanfrancisco/ on the 27th and 28th June. To hear him speak in person, book your ticket now!

A: I help foster the next generation of storytelling by connecting artists with creative tools and techniques, and inspiring creative community. I’m often referred to as a visionary, but I’d like to think I’m not just imaging the future of the tech but trying to be an active developer in making it a realisation.

A: The opportunity to craft a completely new genre for storytelling. The greatest thing this tech can give us storytellers is the way it can immerse the user in ways we haven’t been able to experience before. Sounds, sights and that connection to the created worlds can be so well realised, allowing our narratives to really move the users like never before. This tech is bringing experiences more than games alone.

A: It is going to be a challenge to get a large consumer base. We don’t really control how soon people care and will spend money. The set up costs for the hardware make it a little out of reach for most consumers, meaning it’s the early adopters and tech heads that are the real voices of the software we create. Thanks to products like PS:VR and Gear VR, getting into those realities is bit easier for the mid range tech spenders. Moving forward, I hope accessibility continues to increase, allowing developers to deliver their experiences to more people.

A: Smaller, faster, cheaper, no wires (inside-out tracking) etc. Hollywood will struggle to embrace these new features and will fall back to 360 video. Games, apps and enterprise will be able to move forward with the technology. The big issues will be investors knowing it is something they want to get involved with but don’t have a clue how best to carry that out. Thankfully, the industry has a plethora of talent that can bring it all into focus, sooner rather than later.

A: Getting to know the audience and see where the rest of the industry is with VR / MR etc. I love bringing people together and seeing what they can do so I’ll be keeping a keen eye on the VR Indie Pitch this year too. It’s great to see up and coming talent, and how they want to move this industry forward. It’s always great to see things with fresh eyes!

Don’t miss your chance to hear Burwen share demographics of VR businesses, content creators and consumers at VR Connects San Francisco. His session is at 10:35 on the 28th June 2017. Book your ticket now!

Daniel is currently Creative Director at Robot Sea Monster Games, leading the design efforts for new interfaces of storytelling. Prior roles include Director of Experience at Jaunt and founder of Cognito Comics, where he crafted and shipped CIA : Operation Ajax, an award-winning 210 page interactive graphic novel for the iPad. In addition to winning awards and being downloaded over 100,000 times, Ajax was recently published in print by Verso Books and is in development as a series.

Daniel is an international speaker on interactive storytelling. He has presented at venues such as SXSW, San Diego Comicon, Culture Tech, Ambulante, and IDFA Doclabs. Daniel currently is heading up the project Refractions with RSMG, an augmented reality brawler being developed for the Occipital Bridge with Apple iPhone.