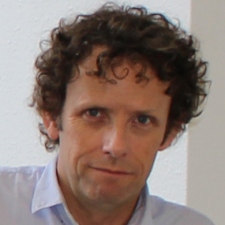 Andy Wilton, Technical Director at Climax Studios NZ, is one of 50 world-class speakers appearing at VR Connects San Francisco 2017 on the 27th and 28th June. To hear him speak in person, book your ticket now!

A: I run a small enthusiastic team of developers creating AR, VR, mobile and console games for clients in the US and Europe.

A: The blurring of the line between virtual and physical is going to open up a fascinating new space spanning the divide between video games and toys.

A: This is just the beginning.

A: Anybody with any sort of interesting IP is suddenly going to realise they need a plan for AR.

A: Meeting other people working in the field and being dazzled by what they’re up to!

Don’t miss your chance to hear Wilton share how developing Towers for Tango changed their ideas on what AR means for the future of games at VR Connects San Francisco. His session is at 15:15 on the 28th June 2017. Book your ticket now!

Andy Wilton has 25 years of experience in games programming, and has worked on games for publishers including Konami, Midway, and Disney Interactive. He was lead programmer on several prominent mobile titles for Gameloft, and is now Technical Director of Climax Studios New Zealand, developers of the 2016 AR game Towers for Tango.