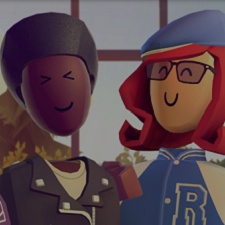 Virtual world, games and user-generated content platform, Rec Room, is celebrating its sixth birthday this month. Over the last six years, the burgeoning metaverse has cultivated an expansive, inclusive and cross-platform experience with millions of player-created rooms, all thanks to its diverse community of more than 75 million lifetime users.

Creators have contributed so many experiences that the company claims there are currently more rooms in Rec Room than apps on the iOS App Store, with one million dollars paid out to creators in the first quarter of 2022.

Initially built for VR, the platform is now cross-platform, reaching more than 29 million active players around the world creating and sharing experiences across Oculus (Rift + Quest), iOS, Android, PlayStation, Xbox, and Steam, with more platforms coming soon. Mobile has contributed dramatically to the accelerated expansion of Rec Room; the platform has seen a 640% year-over-year increase in player numbers on mobile devices.

Until the end of the month, players can visit the birthday room where they can take part in celebratory activities and discover new in-game items. Players can build out-of-this-world parade floats using Rec Room’s own Maker Pen design tool that allows creators to build everything from puppies to helicopters to entire worlds in the game.

Since no party is complete without a little dessert, Rec Room has introduced cake pops, which are free all month in the cake pop room (which has seen more than 377,000 visits already) and for purchase from July.

Nick Fajt, CEO and co-founder at Rec Room said, “Over the past six years we've been continually surprised by the kindness, humour and creativity of our community. Rec Room has become an important way for millions of people to connect, learn, create and earn.

"Since we founded the company back in 2016, we've been convinced that gaming and UGC would play an important role in the future of the internet and the way we all connect. Rec Room is still early in realising that vision, but we're excited about where the community and the next six years will take us.”

New Virtual reality platform brings the metaverse to the masses