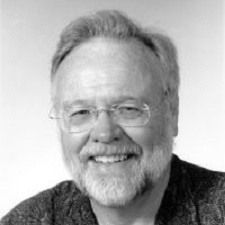 The Academy of International Extended Reality (AIXR) has announced that the winner of this year’s ‘Accenture VR Lifetime Achievement’ award is Thomas A. Furness III. The American inventor, professor at the University of Washington and pioneer in human interface technology will holoport live into the VR Awards ceremony on November 18th through Altspace VR to formally accept his award.

Furness is known for a career that spans over 52 years, helping to usher the modern era of VR into existence. Notably, upon joining a US Air Force Lab in the 1960s, he developed some of the first VR systems, including the fighter-jet Super Cockpit that gives pilots 3D representations of avionics data, along with the ability to use voice commands, hand gestures and even eye movements to control the aircraft. Further inventions include the first personal eyewear display, the HALO display and 19 patents in advanced sensory. display and interface technologies.

The Seattle, Washington industry veteran also founded the Virtual World Society, with the goal of enabling families to have access to VR learning facilities, and he foresees a future where everyone of all ages is given the same learning opportunities and therefore limitless potential to build, create and connect via VR.

Furness said, "I am deeply honored to receive the 2021 Accenture VR Lifetime Achievement from AIXR and to join a circle of outstanding pioneers who have already been recognised by this award. For me, this clearly underscores the current – and continuing – emergence of virtual experiences that introduce us to worlds of wonder! I am more excited now than ever before about the future and how this unprecedented technology will further connect humanity. And this is just the beginning… and I am a kid again!"

Daniel Colaianni, AIXR chief executive said, “Tom is a teacher, mentor and role model to today’s XR leaders and we are confident that his recognition will inspire the next generation of inventors and experts to break boundaries and push for more – much like Tom himself has done for over 50 years.”

The 5th International VR Awards - the largest global awards ceremony for the VR community - will be live-streamed tomorrow (November 18th) from 18:30 pm UTC. You might want to tune in 30 minutes early for the chance to win a Quest 2...

The event will be hosted by TechCrunch's Mike Butcher (MBE), one of the most influential people in European technology according to Wired UK. You can watch the ceremony on desktop or VR, via YouTube, Twitch and Facebook. The official link is https://vrawards.aixr.org/watch-live.