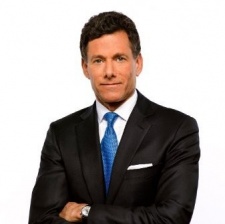 Take Two Interactive confirmed that it will release further VR titles, as shared in an earnings call for the period ending September 30th, 2021. This news follows the recent announcement at Facebook Connect (see our full report)  that Grand Theft Auto: San Andreas by the Rockstar Games subsidiary is coming to Oculus Quest 2 next year.

Take Two's chairman and chief executive officer has historically been cautious about the prospect of VR gamers as a mainstream audience, but he seems to be warming to the medium.

Answering a question on the call, Zelnick said, "We've always said that we want to be where the consumer is. And when VR first emerged as a potential technology, while I expressed some skepticism about it becoming a very broad-based consumer application, I also thought it was really exciting technically and said that we would participate".

He went on to point out that, "Rockstar has already brought L.A. Noire to VR. NBA 2K has come to VR. I'm sure we'll have more VR titles in the future as well". He closed his answer saying, "We're very excited about the opportunities".