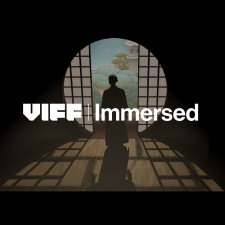 Vancouver International Film Festival (VIFF) has announced the complete 2021 lineup for VIFF Immersed, a showcase of the power of XR technology as a dynamic vehicle for storytelling. The event runs from October 1st to 11th. Also running alongside the main event is the Immersed XR Market on the 4th and 5th of October.

There will be a total of 32 works featured across the Immersed Exhibition and XR Market, including five world premieres, four North American premieres, five Canadian premieres, and two BC premieres.

The exhibition will be accessible on various platforms — VeeR, Oculus TV, rad., YouTube360, Facebook 360, Kreis Immersive, and Museum of Other Realities — offering the most widely accessible festival experience for XR content. Content will be available free across Canada and internationally.

“VIFF is not only about celebrating the greatest in contemporary cinema, it is about looking at the innovations that lie ahead for the art form,” says Kinga Binkowska, creative engagement producer. "And there is perhaps no more exciting opportunity for storytelling than XR. As adoption of this technology grows at a rapid pace, with nearly 18 per cent of the US population now utilising VR headsets monthly, we are thrilled to continue our annual showcase of artistic visionaries at the cutting edge of the form.”

Prepare To Do Business At G-STAR