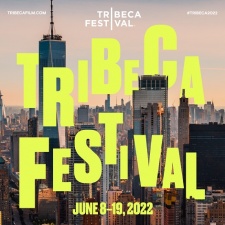 Three categories of immersive selections (Main Competition, New Voices, and Best of Season) are part of Tribeca this year, running from June 8th to 19th. Main Competition projects are eligible for the juried Storyscapes Award, which honors artists who bridge the gap between technology and storytelling. In addition, Tribeca is introducing the New Voices Award for the immersive program, which is awarded to a first- or second-time XR creator that brings new perspectives and artistic languages to immersive storytelling.

For those able to join the Festival in person this year, the immersive exhibition at Spring Studios (50 Varick Street) features a selection of experiences and installations from all three categories. Outdoor immersive installations are also located at various destinations throughout New York City. For at-home audiences with access to VR headsets, immersive experiences can be accessed via a virtual exhibition at The Museum of Other Realities – a digital extension of the in-person gallery experience, reflecting main themes from this year’s line-up.

For the first time ever, Tribeca features a thematically curated selection of experiences that address human beings’ relationship with nature and society through digital art and advanced technology. The stories blend together to generate an interconnected experience, offering festival attendees a breathtaking interactive journey.

The programming includes EVOLVER, a journey through the inner landscape of the human body from executive producers Edward R. Pressman and Terrence Malick, created by Marshmallow Laser Feast, with music by Jonny Greenwood; Please, Believe Me, an investigation of Lyme disease from Peabody Award Winner Nonny de la Peña; and Plastisapiens, an exploration of how the environment affects human evolution from Miri Chekhanovich, Édith Jorisch, and Dpt.

“Tribeca Festival’s immersive programming showcases creators using the latest in technology to tell their stories,” said Casey Baltes, Vice President Tribeca Games & Immersive. “The projects we've curated push the boundaries of XR in both physical and digital exhibitions for audiences in New York City and around the globe.”

Immersive Curator Ana Brzezińska said, "Each experience presented at Tribeca’s immersive exhibition encompasses a standalone reality, represents a cause, or serves as an embassy to a world where users have agency — a chance to act: bear witness, make a statement, reach out, or simply play. We invite everyone to visit the virtual worlds created by artists, who take us on a meaningful journey of their vision, and tell evocative stories that demand to be told.”

Click through to find out more about the 2022 Tribeca Festival Immersive Line-up: