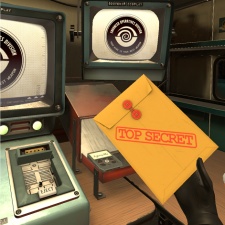 I Expect You To Die 2: The Spy and the Liar, from Schell Games has surpassed $1M in revenue in less than a week after launch.

Schell Games prioritised VR accessibility as a core design principle in both games, offering a seated VR experience that requires little movement from start to finish. This approach allows more players to enjoy the full I Expect You To Die experience without sacrificing gameplay.

“We have been blown away by the support of gamers and VR enthusiasts from all over the world. We’ve received countless heart-warming messages from our players sharing their stories with the game, and we are so grateful to our existing fans and new agents who used their creativity and cunning to put a stop to Zoraxis’ nefarious schemes,” said Jesse Schell, CEO of Schell Games.

“This is an important milestone, not just for us and our business, but for the ever-growing VR market. VR-first franchises like I Expect You To Die can succeed and studios should pay attention to where this market is going.”

I Expect You To Die Surpasses $1 Million In Revenues