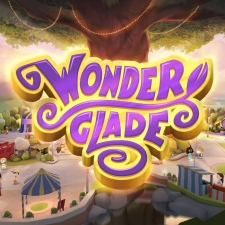 Swedish based Resolution Games has announced that Wonderglade will launch with the public availability of the Daydream platform and Daydream-ready devices. Wonderglade is a carnival-themed game that allows users to magically teleport into a world of wonders to play new takes on traditional carnival games.

“We’re excited to make one of the first games for Google Daydream. Wonderglade is truly a game that anyone can enjoy and immediately pick up and start having fun with – whether experienced with VR and games or not,” said Resolution Games’ CEO Tommy Palm. “And, it’s the perfect introduction for those interested in trying Daydream. The game is optimized to utilize the Daydream motion controller, enabling users to experience the different aspects of the controller, while playing games that are familiar and can be played in small bursts or for hours on end.”

The studio also revealed two of the mini-games that users can play on Wonderglade – Tip N Tilt Racing and Tiny Tee Golf. Tip N Tilt Racing is a fast-paced game where users race against the clock with ball-shaped animals on a tilt-board maze. Tiny Tee Golf is the VR version of the classic mini golf game, where players aim and shoot with precision using the Daydream controller.

The game will be free and available alongside the launch of Daydream. Find out more about Wonderglade here.