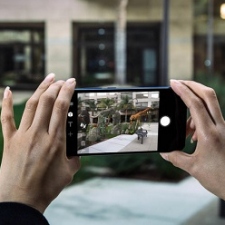 uSens announced the availability of uSensAR at CES. The single camera smartphone AR engine is optimised for low-end cameras, sensors and IMUs and utilises computer vision, machine learning, SLAM and smartphone hardware to bring high-performance AR experiences to all Android smartphone users, not just those with expensive, top-tier hardware.

Dr. Yue Fei, uSens CTO and co-founder said, "ARcore currently only serves about 30 million Android phones, which is just five per cent of the entire Android smartphone ecosystem. For the AR industry to thrive, it is essential that as many people as possible have access to AR-ready devices, which in turn will entice more AR content to be developed.

"With the release of uSensAR, we are allowing developers, smartphone manufacturers, and content creators to build those AR experiences not just for iPhone, Pixel and Samsung S8 users – which ARkit and ARcore have limited their offering to initially – but for the entire Android ecosystem."

As part of this announcement, uSens has partnered with Spreadtrum Communications whose SC9853 chipset platform is expected to sell hundreds of millions of smartphones in 2018, bringing AR experiences to those users for the first time.

Adam Zeng, CEO at Spreadtrum said, "2018 is the year where we really expect to see Augmented Reality show its true capabilities, and we are seeing increased demand for AR-ready phones among our customer base accordingly.

"Spreadtrum has been committed to providing differentiated and diversified product portfolios for consumers all over the globe. We are excited to publish this mobile AR solution together with uSens, which is another excellent example of our premium solution integrating leading technologies and optimal benefits."