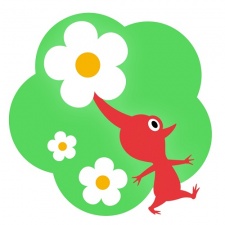 Niantic and Nintendo have revealed the global launch of Pikmin Bloom.

Pikmin Bloom is the latest location-based mobile game to come from Niantic, with an even heavier focus on walking than Pokémon Go.

As players walk they will find Pikmin seedlings, which are planted and will grow as you walk. Once grown, players can pluck the Pikmin and add them to their team of little green-fingered helpers.

Pikmin can be fed nectar from various fruits that can be found in-game, thus growing flowers atop their heads.

While walking, players will leave a trail of flowers behind them, however, these petals are finite and to gather more you can send out Pikmin to gather flowers.

Players will also maintain a Lifelog, a diary of their daily steps and a place where they can store photos from their adventures.

The collaboration between Niantic and Nintendo to work on an unnamed Pikmin mobile game was first announced in March. Since March 31st, Niantic has been testing a beta version of Pikmin Bloom with a soft launch in Singapore.

"I’m a huge believer in the power of walking and that’s why at Niantic we want to inspire people to go outside, explore their neighbourhoods and have fun at the same time," said Niantic founder and CEO John Hanke in an announcement for Pikmin Bloom.

"But even though the benefits of walking are clear for physical and mental health, we know it’s not always easy to get up off the couch. We think Pikmin are the perfect creatures to help."

Pikmin creator Shigeru Miyamoto added: "For both me and everyone at Niantic, helping this app take shape has been a new experience and lots of fun. My hope is that everyone will be able to create lasting memories together with Pikmin."

Miyamoto previously discussed his obsession with Niantic's Pokémon Go and how he believes the average person playing the game in Japan is 60 years old.

Similar to Pokémon Go, Pikmin Bloom will hold a monthly community day event, with more details to be revealed in the future.

Pikmin Bloom is rolling out globally from today and can be downloaded on the App Store and Google Play. The game is currently available to download in Australia and Singapore. Nintendo of Europe Tweeted that Pikmin Bloom will be coming soon.

This article was first published on PocketGamer.biz.

Aaron Orr is a freelance writer for PocketGamer.biz with a lifelong interest and passion for the games industry.