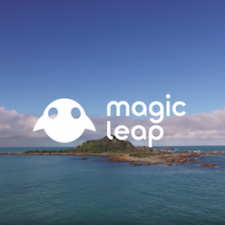 Enigmatic Mixed Reality (MR) tech start-up, Magic Leap, has released a new video entitled ‘Magic Leap - How It All Began’ on its recently redesigned website. The video features the company founders speaking in voice-over about their dreams and aspirations and how they feed into the project saying, “Wouldn’t it be cool if you could have computing spill outside the computer?”

Clearly feeling nostalgic before the product has even been released, the video goes on to say, “I think if the team saw what they’re doing today, and you went back in time, they wouldn’t believe they could do it”.

As we’ve come to expect from the Florida-based firm, the video shows no Magic Leap original hardware nor does it offer any insight into what the secretive start-up is working on.

While the company has attracted significant investment, public opinion is increasingly sceptical. Indeed, the YouTube comments below this video consistently ask the questions ‘Where is it?’ and even ‘What is it?’

CEO and Founder of Magic Leap, Rony Abovitz, has said in the past that Magic Leap will provide, “Spatial computing with a digital light field”.

We may - or may not - have some idea of the form factor, based on these early renders intended to secure investment. It seems those renders did the trick, as Forbes reported that Magic Leap was valued at $4.5b in 2016; the company is now thought to be worth in excess of $6bn.

Maybe the video was right when it said, “When people believe they can do something they can really make it happen”.

This latest video makes no mention of a release date, which was suggested to be six months away in September.