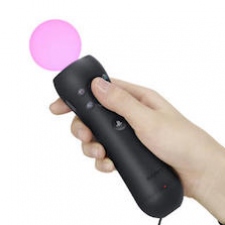 Sony has revealed minor changes for a new version of its Move controllers, designated CECH-ZCM 2 J. Now, don’t get excited, expecting an Oculus Touch rival - the key word is minor...

The connection terminal will be updated from mini to micro USB and the new controllers will be PS4 exclusive models, meaning they will not connect to any PS3.

Further, the battery capacity will be improved from the 1380 mAh of the previous controller to 1900 mAh, giving gamers longer play sessions. The updates were announced in a blog post on the Japanese PlayStation website.

With PS VR celebrating its first birthday and the Move controller having been first released seven years ago in 2010, one might have expected a more… substantial update to the VR-related controller hardware. But what do we get? A smaller charging port and a bigger battery. Thanks, Sony. Thanks.