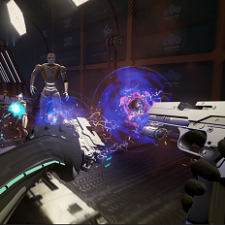 Leading VR games developer, Survios, has shared some of the data behind the breakaway success of its $1m title, Raw Data.

Speaking at the Virtual Reality Developers Conference (VRDC), Design Director, Mike McTyre and Chief Technology Officer, Alex Silkin, explained how the studio draws on over a year of early access gameplay to influence its updates.

Raw Data was first released on early access on Steam in Summer 2016. It became the number one selling Steam game globally within hours and went on to generate over $1 million of revenue within a month. Since then, Survios has made seven major updates to Raw Data.

Initially, however, Survios had intended to release an update every two weeks, but McTyre said that, “What we realised early on was if we did small updates… it wasn’t bringing the users back.” Survios’ analytics would show that having bigger updates less frequently meant that the company, “Saw bigger spikes in players returning because the updates were meaningful.”

McTyre also talked about the importance of first impressions, explaining that Survios had spent time and resources developing more levels than originally intended, but analytics later showed that only 21% of players made it past the fifth mission.

Silkin said that players thought, ‘This is a game where I just stand in a room and shoot’, meaning that players did not progress far enough to experience the more varied and difficult later levels. Thanks to the data, it’s now clear that those development hours could have been spent more productively elsewhere.

McTyre also revealed that player-versus-player (PvP) was a heavily requested feature, but once implemented, analytics showed that the outcome was only 13% of players would go on to play against one another. He said that, “80% basically, have only ever played single-player”. Survios had even invested time into implementing joystick-based movement to improve PvP play that would ultimately benefit only a small percentage of players.

“Creating a PvP-focused product, or trying to build a PvP-focused community, is going to be a challenge for you,” McTyre advised other developers. “I would encourage you to have some kind of single-player experience as well.”

Jeremy Nathan Tisser interview: "VR is like Hollywood used to be"