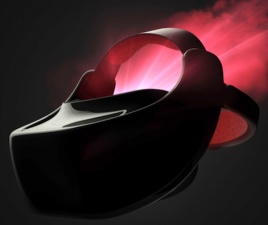 When we woke up this morning, our social media feeds were filled with XR news sites apoplectic and incredulous at the suggestion that HTC may consider selling or ‘spinning off’ its Vive division. The ‘news’ first came out of respected financial media company, Bloomberg.

If you read that article, it uses phrases such as ‘exploring options’ saying that HTC is working with ‘an adviser’ as it ‘considers’ bringing in a strategic investor. In other words, it’s all ifs, buts and maybes. Bloomberg itself writes that, ‘HTC may choose not to proceed with any strategic changes’.

I may get a haircut and a beard trim this weekend – I probably should – but chances are I won’t...

We reported in March that HTC announced the sale of its Shanghai smartphone factory to fund expansion of the VR business. In the face of dwindling smartphone sales as Apple and Samsung continue their stranglehold of the high-end of the market and with vigorous competition for Chinese manufacturers at the lower end, could HTC actually be planning an exit from the sector to focus its full attention on VR to capitalise on its early-mover advantage?

This is one story we'll watch with interest to see how it unfolds...