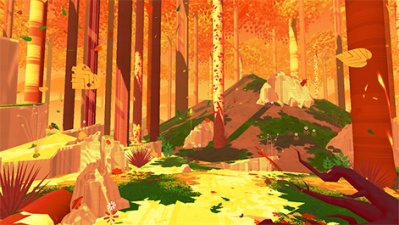 The BBC will launch a new virtual reality film, The Turning Forest next week. The fairy tale will be available for free on Daydream, Google's affordable Virtual Reality product. The BBC said the project is designed to explore emerging technology and new storytelling mediums for future audiences.

The film seeks to immerse the user using its own ‘spatial’ soundtrack, which is intended to be heard via headphones. Zillah Watson, executive producer of the BBC Research and Development said, "The Turning Forest is unique in that it's been designed from the sound up, using state-of-the-art audio to help transport people to a magical world."

The BBC has released a trailer for the experimental project ahead of its release next week.

The storyline of The Turning Forest entails a young child staring into the eyes of a wondrous creature after which they embark on a journey together. The film debuted at the 2016 Tribeca Film Festival, and was originally designed for the Oculus Rift.

The Turning Forest was produced by the BBC's Research and Development team in collaboration with virtual reality production studio VRTOV.