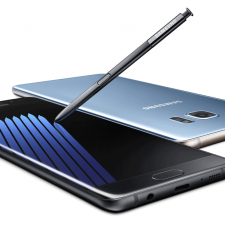 Samsung has been forced to recall the Galaxy Note7 following a series of fires caused by overheating batteries. As reported by the Wall Street Journal, “Samsung Electronics Co.’s recall of one of its most advanced smartphones descended further into confusion, as the technology giant told consumers to stop using the Galaxy Note 7 and halted its production and distribution, while investigators probed reports of overheating batteries on devices that were supposed to be safe.”

The problem is not thought to affect other Samsung models at this time.