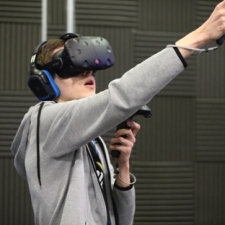 HTC has announced the first major Vive livestream organised in partnership with VRScout and Team SoloMid. The event, taking place on Sunday, 15th January at VRScout’s studios in Los Angeles at 1pm Pacific time, will be streamed live on twitch.tv/htc.

The show will see players walk through new Vive content whilst they engage in challenges and competition. Soren “Bjergsen” Bjerg and Jason “WildTurtle” Tran, two players from popular League of Legends team, Team SoloMid, are amongst the 13 professional gamers who will participate in the event. Players from teams like Cloud9 and Team Liquid will also be in attendance, along with professionals from other gaming genres. HTC promises plenty of on-stream giveaways for viewers, which include two Vives and multiple Vive game bundles.

For more information, check out summit.vive.com.