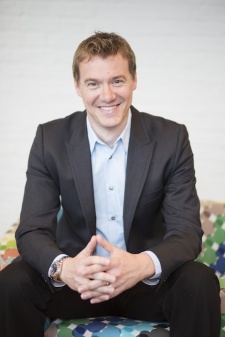 Prior to joining HTC Vive, Brown spent the previous six years at Disney as General Manager of Digital D2C and Disney Interactive for EMEA, running its digital content division and overseeing the development and UK launch of Disney’s first major direct to consumer video and music subscription service, DisneyLife.

Before Disney, he was Spotify’s UK MD, overseeing its mobile launch in 2009/10. He has also held senior executive roles at Sony Music and US internet radio giant Pandora Media having begun his career as a city lawyer at law firm Hogan Lovells.

Brown said, “I am incredibly excited to join the Vive team. Virtual Reality has the potential to change the world and to genuinely unleash our imagination. We are only at the beginning of the journey, much like we were with music streaming and video on demand a decade ago! I am looking forward to working closely with the global Vive team to ensure we maintain and build on our position as a leader and pioneer, with our partners, in the VR space.”