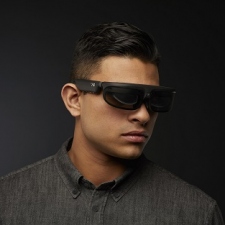 Qualcomm and Osterhout Design Group (ODG) have announced the first Snapdragon 835 powered devices, the R-8 and R-9 mobile AR/VR smartglasses at Consumer Electronics Show 2017. The R-8 is targeted at consumers, whilst the R-9 targets light enterprise, media consumption and developers of mobile AR/VR and smartglasses applications. Following the company’s previous $58 million funding round, Ralph Osterhout, Founder and Chief Executive Officer at ODG said, “As consumers look for more and more out of their mobile devices, we are seeing a shift taking place towards a new era of mobile computing.”

R-8 aims to bring the power of mobile virtual computing to consumers. The device will have a greater than 40-degree FOV and HD resolution, where a private screen floats in the user’s view - wherever they move. Consumers can access movies, sports, games, navigation and educational experiences.

R-9 has a 50-degree FOV and the 1080p Project Horizon platform, acting as a development platform for mobile AR/VR and smartglasses applications. Both devices use Qualcomm’s Snapdragon VR SDK, providing 6DOF motion tracking.

For more information on the Snapdragon 835 processor that will power the R-8 and R-9 devices, click here.