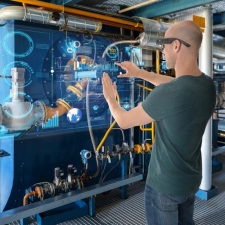 The Osterhout Design Group (ODG) has raised $58 million to accelerate the development and production of its AR glasses. The first round of funding for the San Francisco technology company comes from previous strategic partners, 21st Century Fox, as well as Shenzhen O-film Tech Co, Vanfund Urban Investment & Development, and several individual investors.

This is the first investment ODG has sought since Ralph Osterhout founded the company in 1999. Primarily producing AR glasses for the US military, ODG has been shipping to specialist customers since 2011, targeting the enterprise sector. Osterhout said, “For eight years, we’ve taken a very systematic approach to designing and refining our smartglasses for specific applications, from the U.S. government, industry and enterprise customers in a wide variety of markets, and that will not change.”

ODG’s most recent smartglasses, the R-7, were announced earlier this year at $2,750. Explaining their choice of investors, Osterhout said, “We carefully picked investment partners who not only share ODG’s product vision and growth strategy, but also have the reputation and reach to expand ODG’s global presence and market recognition.” The CEO also suggested that attendees at January's CES will be the first to see their latest products, “People are realizing the potential for mass adoption of high-end mobile devices with the power to transform and simplify their lives. This funding round ensures we are well positioned to introduce our latest designs at CES ‘17, which will likely form the largest category of smartglasses worldwide.”