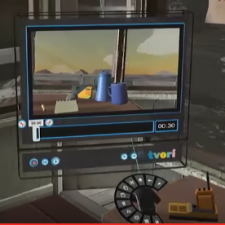 Unity will today launch its in-VR game editor, EditorVR. Timoni West, Principal Designer at Unity Labs, made the announcement via Twitter, calling it, “EVR’s first experimental build.” EditorVR translates Unity’s familiar UI system into VR, “workspaces”. A workspace is the VR equivalent to a program window Unity’s normal editor, except it can be resized and placed wherever the user wishes, as well as follow the user as they teleport around the environment in VR.

During an EditorVR demonstration at Unite 2016 Keynote, Amir Ebrahami, Principal Engineer at Unity Labs said, “This is just Unity’s normal UI system, so as a developer you’re not building anything new - you don’t have to learn anything new. This is important for us because we want you to be able to take the UIs you built for EditorVR, and be able to transport them to your built players that you release.” Timoni West added, “We think this will be genuinely useful for you, even if you’re not making a VR experience, if you’re just making something in 3D.” If the user is more comfortable editing in VR or simply enjoys it more, they can now do that, whether they are making a VR or non-VR game.

The Unite 2016 demo also highlighted Tools. Tools are VR-specific extensions for EditorVR, built on an open API by developers - allowing them to create, “New functionality or build on existing functionality.” An example is Creations, which allows users to sculpt designs directly into their VR experience.