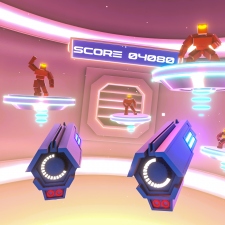 Independent VR games developer Fierce Kaiju has announced Viral EX, a remastered version of Gear VR game Viral, that will be released alongside Oculus Touch on December 6th. Players take on the role of Ragnarok the Anti-Virus, where they battle across 50 stages using either Touch controllers or a gamepad.

Viral EX will be one of over 30 games launching with Oculus Touch, together with highly-anticipated titles like VR Sports Challenge, The Climb (Touch enabled version) and Job Simulator.

Check out our previous coverage for more details on Oculus Touch: