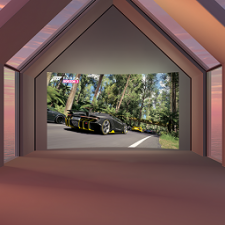 Oculus Rift owners will be able to stream their Xbox One library to Windows 10 PCs with a free app, available in the Oculus Store on December 12th. The Xbox One Streaming to Oculus Rift app connects to the user’s Xbox One via their home network; once connected, the console’s video output is streamed to the user’s Rift headset where it is projected onto a screen in VR.

The promise of Xbox streaming was made by Phil Spencer, head of Xbox, during a San Francisco press event in June last year. Now, Xbox has confirmed that Rift owners will be able to stream fan favourites like Gears of War 4, Forza Horizon 3 and Halo 5: Guardians in their choice of three immersive VR environments: Citadel, Retreat and Dome.

You can find more information on how to stream Xbox One games to your Windows 10 PC here.