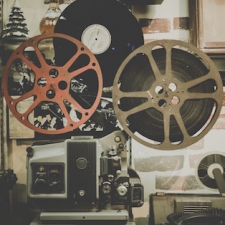 Second only to gaming, the movie experience is perhaps the most obvious application for Virtual Reality technology with its potential for immersion. The problem is that nobody knows what VR movies will look like...

Valve’s Chet Faliszek observes that, “VR and MR is really new. We don't know what we don't know.” He recounts that Hollywood chose to make a slew of movies about dogs because research showed they’re the world’s favourite pet. Then the internet came along and it was clips of cats that were overwhelmingly popular with the public. His takeaway from this is that you shouldn’t create content – films or games – based entirely on research.

Khayyam Wakil, VR Strategy & Innovation at Live Planet considers that, “A movie is a story; VR is an experience. The environment is the narrative itself.” Brett Leonard, CCO of Virtuosity and Hollywood director says, “We are still working on a 1935 process in Hollywood, always starting with a linear script.” He believes that VR movies need to turn the entire process upside down to, “Create the world assets and the narrative and characters will come from that.” This is uncharted territory, but as Ben Bohn, CEO and Managing Director at RVX says, “It's not a land grab; you have to build it. You don't want to replicate something in a new format.”

VR is that new format, but cinematic conventions are still largely the same as the traditions of theatre from behind the proscenium arch, in that dramatic events are played out for an audience in a vertical plane of space, observed through a frame. Admittedly, cinema has added a trick or two in the way of montage and shifts of perspective, but with its user-defined focus of attention, Virtual Reality can actually put the audience in the scene. That’s why Leonard thinks that, “Letting go of the frame as our reference point is one of the most important things to do.”

So 360 videos then? Leonard’s not so sure. He recounted his experience of watching a demo of Paul McCartney performing live on stage, “You can look at the lights; you can look at the crowd. Unless people are having sex back there, I'm bored!” Dadi Ainarsson, Co-Founder and Creative Director of RVX agrees saying, “360 video is a red herring. Just because you can look behind you, it doesn't mean you should fill that space.”

Hollywood is a business. Big budget films cost hundreds of millions of dollars to make and are considered a failure if that isn’t recouped at the box office. Is it any wonder that studio executives in 2016 play it safe and serve up sequels and reboots of established Intellectual Property? Bohn says, “You need to fail in order to create and discover. Hollywood is not made to fail.”

Leonard says of the Hollywood studio system that, “The people that ran the original studios, they had cojones. Now it's a very risk averse industry.” When it first came along, “Hollywood was seen as the old soft-shoe vaudeville; entertainment for entertainment’s sake.” But years later, “It has created global culture.” Can VR prove to be similarly influential? Wakil likens the VR movies of today to the pioneering cinema work of the Lumiere brothers in the 1890s saying, “They had no idea what they were doing over a hundred years ago.” But he promises that, “We're getting quicker at figuring it out.”

So what will it take to convince investors of VR’s potential as something more than an expensive indulgence? Some of the major studios are already dipping their toes into the VR water to create experiences that are complementary to a big screen release.

Lionsgate is working with WEVR, Grab Games and Starbreeze to create a John Wick: Chapter 2 game and experience for multiple VR platforms. As revealed at Oculus Conn3ct, Walt Disney Studios is working with Oculus to create a series of VR experiences based on iconic characters and franchises. And perhaps most appropriately, Oculus is also working with Alcon Interactive to bring 'interactive VR vignettes' based on Blade Runner 2049 to the Oculus platform.

This strategy presents a relatively low risk financially for the studios and a great opportunity for the public to try out VR ahead of mass market adoption, but is this enough? Back to Leonard again, “In Hollywood, VR is thought of as a brand extension, so they're doing things that are not endemic to the medium.” Although Leonard admits, “The hybrid approach will be essential for the next five years in mitigating the risk,” He’s also convinced that, “We need to get out of the demo phase.” Steinar Svalesen, Partner at Beringer Finance also predicts that the VR movie industry will only take off when the Virtual Reality component is seen, “As a first medium, not a bolt-on.”

Leonard’s noticed, “A bit of a pull back,” on VR as investors ask where the market is. But as he says, “If you look at the box office, it's a contracting market.” So where else should the market shift if not to VR? And what could be causing the slowing of investment from the traditional studios? Maybe Ainarsson has the answer when he says, “VR will be a massive disruptor for film; especially distribution.” He argues that the consumer will be able to have a better cinema experience at home with VR than in a movie theatre, which will prove to be, “Hugely democratising for story driven content. It will create a meritocracy where different types of projects get made.” He says there will be, “More choice; the audience and creators will be the winners,” Not the studios, distributors or theatres.

There’s a real sense of a digital frontier emerging in VR movies, where nobody knows where the boundaries lie and what kind of riches are in the hills. Leonard shows his pioneering spirit when he says that building a VR movie industry, “Needs courage not only from the creative side, but it also needs courage on the finance and business side.” What does he think VR filmmakers should do? “Jump off the cliff and build the wings as we fall.”