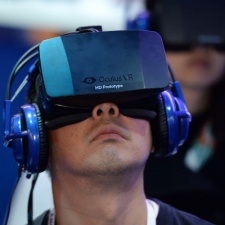 After months of rumour and speculation, Oculus has finally revealed a 2016 launch date for its Rift virtual reality headset.

The consumer version of the Oculus Rift will officially hit shelves during the first quarter of 2016, but those keen to get their hands on it can begin pre-ordering the device later this year.

The news was announced on an official Oculus blog, and promises more announcements to come in the following weeks.

“In the weeks ahead, we’ll be revealing the details around hardware, software, input, and many of our unannounced made-for-VR games and experiences coming to the Rift,” it reads.

“Next week, we’ll share more of the technical specifications here on the Oculus blog.”

The announcement is a long time coming, considering that the Oculus Rift first hit the headlines three years ago in the summer of 2012 with its Kickstarter launch.

Two development kits and multiple prototypes later, the headset seems to have settled on a “Crescent Bay” design that debuted last year. It uses two small displays and an external tracking camera to create the illusion of 3D space, though as yet technical specifics have remained vague.

Still, with E3 looming on the horizon, we’re certain Oculus will be prepping big announcements from the show floor – and the consumer release is just the first step.