Samsung's Project Beyond camera to teleport VR users around the world 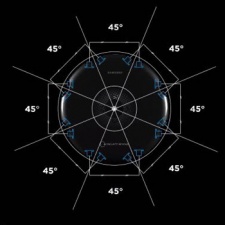 Samsung has announced a new 360 degree camera technology that it says will help developers to transport VR users across the world.

Project Beyond will allow businesses, studios and more to capture VR-friendly footage to help immerse home users into a variety of landscapes.

The puck shaped camera (technically 17 cameras) works by being placed on a tripod in an area of particular interest to the person or company using it. After capturing the footage or while the footage is being captured, Gear VR users will be able to check out what the camera is showing from their homes - offering an immersive VR experience.

Pranav Mistry, Vice President of Research at Samsung America, said during a technical demo which showed one person taking a look at Pebble Beach in California, "We're going to take you around the world".

Though details were thin on the ground during the conference, Nick DiCarlo, VP of Immersive Products at Samsung, made it clear that Samsung believe it has real potential to shape perceptions of VR.

"VR is much more than about games and video," he said.

It could be used by an architect when selling new building, travel services showing trips around the world, educators teaching new skills – there are huge amounts of opportunities.”

It's a similar attitude to that voiced recently by Facebook CEO Mark Zuckerberg when talking about the potential of the Oculus Rift technology.

George Osborn (no, not that one) has been ensnared by PocketGamer.biz to write words for them on pain of death/in return for money. He works with the events team to produce pitch perfect editorial for Pocket Gamer's ever-expanding events schedule, as well as working on advice features and articles to help game developers make the most of mobile.