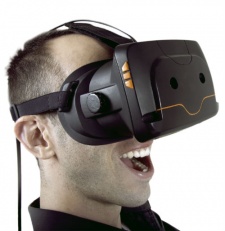 We really like the look of Vrvana's Totem virtual reality headset, which took to Kickstarter in September 2014 to get its devkit into production.

It's a development model that Oculus VR has been following, releasing enough versions of its development kits to cause mild concern over how long it will actually be before a consumer head mounted display actually arrives.

Vrvana apparently suffered similar backer consternations, and despite bringing in CAD$180,000 of its $350,000 goal, it's now decided to scrap the crowdfunding stage.

"Most Kickstarter supporters are VR enthusiasts who would prefer a polished consumer headset instead of a developer kit," the Vrvana team says in an email to backers.

It's hard to dismiss the inevitable concerns when a Kickstarter is dropped before it's run its course, but it seems the Totem cross-platform virtual reality project is still alive.

The manufacturer is now concentrating on getting the full retail version ready, rather than launching with a devkit, as seems to be the industry's preferred method these days.

"The price was perceived to be a bit high considering that we could not show all the features. So, instead we decided to go back to the drawing board to focus our efforts on developing the consumer version of Totem."

Backers are being given the option to switch their pledges into pre-orders made via Vrvana's website, where a $50 deposit gets you first dibs at the initial 1,000 unit manufacturing run. First deliveries of the Totem are expected a year from now, in October 2015.