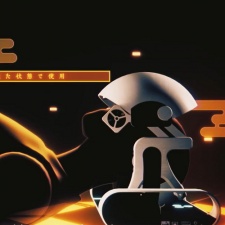 Yamato Sakoda, CEO at Diver-X, apologised to supporters in a statement, stating three reasons for the decision.

Firstly, he cites a 'Major change in product direction'. While the ambition remains to create hardware that enables both play and work for "completing life in-bed" Sakoda says, "We realized the need to significantly improve our interface more so than the video display in order to make the "in-bed VR-usage experience" a reality and standard".

He goes on to say that, "No matter how optimized and multifunctional our device may be for use in sleeping-posture, it is only a replacement of existing VR devices and not yet an interface that brings innovative experiences".

Sakoda then explains that the outsourcing of key components such as optics and display influenced the product itself to the point that, "It would be extremely difficult to manufacture within an appropriate price range hardware components that meet our expected-quality".

Finally, rising costs would prevent hardware refinement and, "Proceeding into mass production at this point would most likely lead to bankruptcy and the worst case scenario of not being able to deliver our products to our supporters".

As to the future for HalfDive, Sakoda says, "Although we are not capable of entering mass production, we have enough funds to pull out and start over, and after much consideration reached the conclusion that it would be best for us and in the long-term our supporters as well that we return to focus solely on development".