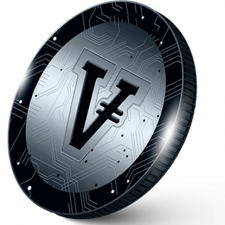 Virtual Reality sports and entertainment broadcaster, Prosense.tv, is launching a ‘$30m’ Initial Coin Offering (ICO) to fund the development of ‘ProsenseLive’, a decentralised peer-to-peer (P2P) livestreaming platform for VR content. The ICO is set to open to the public on 3rd November 2017, as announced at the Blockchain Solutions Forum event in Barcelona.

ProsenseLive is intended to be a livestreaming distribution service for professional and amateur producers of VR content that they say will be, ‘less censored’ than existing options. The service will operate in a Blockchain-based protocol where ‘User’s computers interact and connect to form a node, allowing computers to upload and download from one another.’

These nodes will earn the intrinsic cryptocurrency, named ‘Prosense Token VRP’, for providing processing power and bandwidth to the network, in order to ‘process, transcode, encrypt and distribute VR video’.

With ICOs becoming growingly successful, it’s no small wonder that Prosense.tv chose to fund ProsenseLive by this method. The internal currency, Prosense Token VRP (Virtual Reality Payment), will be worth a starting minimum of $0.1 per token, and the total number issued for purchase will be 720m. Prosense.tv are only issuing Tokens during the ICO, with any undistributed tokens to be ‘eliminated’ after the ICO’s close date of 28th December 2017.

Stan Glukhoedov, CEO at Prosense said, “Over the last five years more than $3.5b have been invested in AR/VR technologies and livestreaming in particular is expected to drive a significant amount of growth for this market in the coming years”.