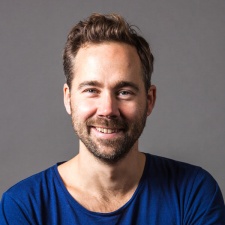 Oskar Burman left his position as GM at Rovio Stockholm in a rather abrupt fashion back in March.

Responsible for establishing Rovio Stockholm - its first studio outside Finland - back in 2012 , Burman oversaw the successful launch of Angry Birds 2 in 2015.

"[I] can't speak yet of the next step in my journey," he tweeted at the time.

Now, he has returned to the industry as CEO of a Stockholm-based, virtual reality-focused new studio called Fast Travel Games.

Alongside him are CTO Kristoffer Benjaminsson and Creative Director Erik Odeldahl, both of whom also bring significant experience to the table.

Benjaminsson joins from EA's Frostbite Labs, where he was exploring VR and other new technologies as Senior Development Director.

Odeldahl, meanwhile, comes from EA DICE, working as either designer or lead programmer on almost all of the firm's major titles. Most recently, he was Design Director on Mirror's Edge Catalyst.

Together, the new studio is keen to push the boundaries of virtual reality with experiences that value storytelling and social play.

We’re looking to define a new genre of games for VR.

“We feel that VR offers limitless possibilities, and that its inherent qualities make it perfectly suited for storytelling and socially rich experiences,” said Burman.

“We’re looking to define a new genre of games for VR. Our games will focus strongly on narratively rich worlds full of possibilities for exploration and social gameplay, where players can cooperate, share worlds and experiences, and play together.”

Such a meeting of talent has left Fast Travel Games with no shortage of support, with the firm already closing an initial seed funding round led by the likes of Sunstone Capital and Next Games investor Mathias Ackermand.

“The team’s rich history of creating hit games across mobile, AAA, multiplayer and beyond, will allow them to bring a unique blend of skills that bode well for delivering quality IP for VR," said Nikolaj Nyholm, partner at Sunstone Capital, which has also invested in Next Games.

"They’ll also benefit from serving as magnets for the very best talent, creating what will no doubt be one of the top VR-focused games companies."