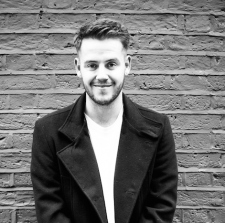 True to its disruptive form, Netflix says it will soon experiment with giving viewers the power to make narrative decisions.  Initially, this idea of ‘interactive storytelling’ will be launched in children’s programmes, but plans are also afoot with adult dramas, weaving in branching narratives and plot point connections via remote controls.

The news received mixed reviews. Some were stunned. Some were horrified. Some ridiculed the move as a naively nostalgic hark back to childhood choose-your-own-adventure books. But for those of us in the VR community, there should be only one reaction: positivity.

Since VR’s inception, we've had to get our collective head around completely new storytelling parameters. The 360-degree nature of VR means viewers are free to look wherever they choose. By giving users the agency to decide where they look, VR storytellers have already relinquished the total narrative control that goes hand-in-hand with traditional formats.

Long gone are the days when a filmmaker can direct a viewer’s gaze through carefully crafted camera angles and editing, which is why we’ve been developing new visual languages and spatial audio as cues to attract attention to a certain part of the virtual world. The point is, unlike any other storytelling genre out there, challenging traditional narrative techniques has become second nature to VR filmmakers. So the radically new concept of applying interactive storytelling to filmed content is just aching to be used by VR’s community of challenge-hungry game changers.

Maybe this is something that Netflix has already identified. As a company that has time and again proven itself to be an incredibly smart player, it recently announced it’s ready to embrace Virtual Reality as part of its ‘learn and adapt’ strategy. Perhaps it’s just coincidence that the two announcements were so close together. Or perhaps Netflix has, in its proven wisdom, identified the synergy between interactive storytelling and VR. But the potentially beautiful symbiosis between VR and branching narratives isn’t solely about the VR community's fervent willingness to break all the rules. It’s also about further enhancing one of VR’s USPs: that aforementioned sense of user agency.

The very fact that people in VR headsets are getting acquainted with narrative freedom sets them up nicely for the next evolution of interactive storytelling. People embrace the fact that they’re free to look where they choose, released from the shackles of a director’s singular vision. And we could use interactive storytelling to further foster this sense of liberation by creating even more narrative choice.

Then there’s the empathy factor. Yes, I know it’s become a truism to say that VR’s immersive nature creates more empathy, but it’s exactly this increased sense of user-identification that could make interactive storytelling so powerful, particularly when it comes to socio-political storytelling.

We know that immersive 360-degree films help charities raise more funds. Unicef in New Zealand, for example, found using VR headsets to show its Clouds Over Sidra film to passersby doubled the normal rate of support. Similarly, Charity: Water raised far more than expected at a charity dinner, with one donor upping his contribution from $60,000 to $400,000, thanks to their 360-degree film featuring an Ethiopian girl collecting disease-infested water.

VR has the potential to create a genuine paradigm shift in storytelling.

By empowering a VR user with someone else’s perspective, there’s a dramatic uptick in empathy. And branching narratives can take this uptick even further. We could, for example, introduce interactions where the viewer is placed even more in the protagonist’s shoes by asking the user to take a pivotal, life-changing decision on their behalf.

This turns a story into action; and action is where people almost tangibly experience the consequences of those life-changing decisions. Being asked to make vital decisions for a real person and developing a sense of interaction has a much more visceral impact on the user. VR is such a powerful new medium that it has the potential to create a genuine paradigm shift in storytelling. And it’s exactly this type of decision-driven narrative that could well be the catalyst.

James Hedley is an award-winning VR/360 director/producer at Surround Vision, the UK’s leading specialist in 360 content creation. with over six years’ experience working in documentary, drama and commercial VR production, he’s developed and shot projects all over the world in conjunction with clients including Sky, BBC, Channel 4 and the UN.

His seminal award-winning VR documentary, Simon, premiered at the London Film Festival in 2016 and was showcased at the Cannes International Film Festival. It was also selected to feature in the Kaleidoscope VR Festival world tour. He is now working on his next VR documentary-drama project in partnership with Sky and will start filming in New Zealand in March 2017.