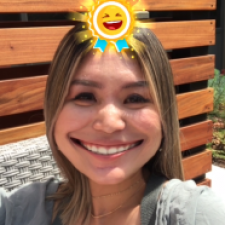 Facebook Messenger is expanding itself as a games platform with the addition of augmented reality games.

The current crop of games are based around filters, which players can activate during real-time video chats with friends. Up to six people can play games at once.

Two titles have been released so far. Don’t Smile challenges players to keep a straight face or else their face will turn into an enormous grin. In Asteroids Attack meanwhile, users must protect the spaceship perched on their nose from falling asteroids.

AR filters were actually first introduced to Messenger video chat last year, though not as games. Facebook claims that their introduction helped surge the number of video chats in the app in 2017 to 17 billion, double that of 2016.

With the addition of AR Games, it’s clear Facebook sees a lot of potential for gaming through a chat app that has 1.3 billion monthly active users.

It’s not currently clear if or when AR Games will be opened to developers to start making and releasing games.