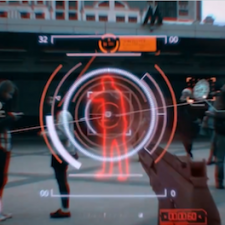 ICO is a form of crowdfunding whereby investors pay for crypto-currency, in the case of Reality Clash, “RCC Gold tokens”, ahead of the game’s release, but can then use this new currency/tokens in-game upon release. Reality Clash is set to release in Q3 2018 on iPhone and Android devices. The FPS game will see players invite each other to enter real-time combat using AR on their mobile screens.

Reality Gaming Group will celebrate this fundraising success by starting a competition for a personalised machine gun for use within the Reality Clash game. Co-founder Tony Pearce said, “This competition is a bit of added fun and our way of saying ‘thank you’ to our community of investors”. The winner will be the largest investor come the end of the ICO sale, at 5pm UTC on 29th September (today).