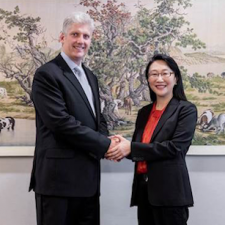 HTC is to sell its Pixel smartphone division - and associated intellectual property – to Google for $1.1 billion. The deal will see the Taiwanese firm continue to produce its Vive range and other smartphones. We understand that half of the 4,000 staff in the research division will transfer to Google.

HTC’s Patrick Seybold said, “This agreement with Google allows HTC to continue to innovate across the organisation and develop cutting edge products. We’re not only supporting our branded smartphone business by enabling a more streamlined product portfolio and providing greater operational efficiency and financial flexibility, but also investing further in next-generation technologies, including VR, AR and AI. This enables us to continue building out the Virtual Reality ecosystem to grow the Vive business, and to focus on new business opportunities.”

The deal is expected to close early next year.

The Road To Here

The confirmation of HTC’s sale of its Pixel division puts to rest weeks of speculation that started with Bloomberg’s assertion that the company was expected to sell off its Vive VR division.

We suggested that a smartphone sale was the more likely strategy saying, “Could HTC actually be planning an exit from the [smartphone] sector to focus its full attention on VR to capitalise on its early-mover advantage?” Our Focal Point panel went one step further, predicting Google as the buyer as Brandwidth’s Dean Johnson said, “Google needs to buy HTC (it probably already has), killing the phones and keeping the patents”.

Earlier this month, we reported China’s Commercial Times claims that HTC and Google were, “In the final stages of negotiation with search engine giant, Google for the sale of its smartphone business”.

We expect to find out more about Google’s plans for both VR and AR at the forthcoming Pixel 2 launch event on 4th October.