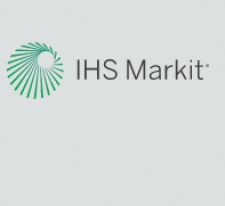 Competition in the high-end smartphone VR market is heating up in 2017 with Google’s Daydream platform emerging to offer an alternative to the established market leader, Samsung’s Gear VR.

According to the latest forecasts from business information provider IHS Markit, Daydream View headset sales are forecast to jump from 120,000 in 2016 to 2.23 million in 2017 and will enjoy growing industry support from third-party smartphone vendors in the second half of 2017. While this growth is impressive, IHS Markit forecasts that Samsung’s Gear VR will remain the market leader in the high-end smartphone VR sector in 2017 with sales of 4.1 million.

Samsung ended 2016 as the VR platform market leader due to its early mover advantage, high-quality VR experience and aggressive go-to-market strategy for Gear VR. However, the competitive landscape for VR headsets is unsettled and fast moving where newly released products from major competitors can quickly alter the balance of the market, IHS Markit says. Google Daydream’s impact on the market will take time to materialize as smartphone vendors get to grips with the high-end requirements for Daydream accredited phones, especially supply-chain pinch points such as OLED displays.

In 2016, Samsung used its Gear VR headset as a powerful marketing tool to promote sales of its Galaxy S7 smartphone and implemented appropriate pre-order bundling strategies across many sales territories. In 2017, Samsung has taken a more targeted approach retaining the offer for the launch of the Galaxy S8 in USA and Australia, but dropping it in a number of European territories.

Director of Games at IHS, Piers Harding-Rolls said, “The arrival of competing platforms is playing out against a backdrop where Samsung has dialled down its previously aggressive pre-order bundling centred on its flagship smartphones and the Gear VR.”

With this change in strategy – partly driven by the Galaxy S8’s already clearly differentiated feature set – and the higher price point of the new Gear VR including motion controller, IHS Markit expects unit sales of Gear VR to decline year-on-year, although it will remain the biggest premium platform for VR content across the major brands.