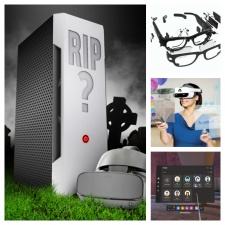 What is VR? Where did it come from, where is it going and who are the key players? Your essential primer on the most important new media since the moving image

VR, AR and MR's future is in the mobile cloud, according to Ericsson CTO Erik Ekudden

A: When they're Facebook's Project Aria