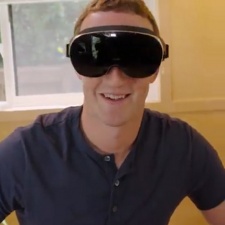 Meta CEO Mark Zuckerberg has shared a look at four prototype VR headsets in a brief video posted on Facebook.

Each HMD is being developed to answer a specific challenge to future generations of hardware, from providing retinal resolution and improved focal depth to high dynamic range and holographic displays. The intent is to combine development in each of these areas into a single headset for release.

Here's what he had to say:

"Today, I want to show you four VR research prototypes that we're working on to invent displays that are as vivid and realistic as the physical world. And much more advanced than traditional computer screens we use today.

"First, we need retinal resolution and that means getting up towards about 60 pixels per degree, so we built Butterscotch. That's this prototype that lets you comfortably read the smallest letters on an eye chart."

"Second is focal depth. Normal monitors are a set distance away so you just focus in one place. But in VR and AR, you need to be able to focus on things that are very close and very far from you with varifocal and eye-tracking tech. Our Half Dome prototypes let you focus on any object at any distance.

"We also need to fix optical distortions and software so quickly that it's imperceptible to the human eye."

"Next is High Dynamic Range. Nature is often 10 or 100 times brighter than modern HDTVs and the highest-end monitors and we need those colours to be just as vivid to feel realistic. So we built Starburst. The first HDR VR system that we know."

"The goal is to fit all of these technologies into a device that is lighter and thinner than anything that currently exists. So we built Holocake 2; a working experimental device using holographic displays that can already play PC VR experiences".

"There's still a long way to go, but I'm excited to bring all this tech to our products in the coming years."